Achieving weight loss has become the prime objective for many in this day and age. This is due to the fact that it is such a big cosmetic requirement as well as a health necessity these days. With a wide variety of proven weight loss diet programs to choose from, the main challenge that many are now faced with is retaining their weight loss results. Dietitians have always been vocal in reminding people that reaching their weight loss goal should not spell the end of their healthy diet. There will still be a need for them to continue with eating and living healthy if there is any hope of retaining the results from losing weight. The process involved with retaining ones weight loss results is what will be addressed below in this article.

Following through with a weight loss plan makes no sense if after losing the desired pounds — a person regains it equally as fast like an elastic band that has been released. There has to be a plan that is put in place that ensures that the lost weight does not return. For this reason, a person who has lost weight must pay continued attention to the total calorie intake, the frequency of meals consumed, and the overall nutritional balance in much the same way the focus was at the beginning of the weight loss plan.

That is why a regime of proper dieting should be continued immediately following weight loss, in order to preserve the results from the pounds shed. At this stage, the struggle of giving up certain foods or resisting the temptation to visit a favorite fast food joint would have already been placed under control. Once that battle between the mind and the body, or we can call it the struggle between indulgence and reason, has already been won, keeping up that necessary diet may not be difficult. This is because the body can be easily trained at this stage into getting accustom to the healthy long-term diet pattern which should follow.

The importance of continuing with a healthy diet plan immediately following weight loss can never be overemphasized. If at this stage a person reverts to eating those foods that were avoided while focusing on achieving weight loss — it will only be a matter of time before such an individual is brought back to square one. The results obtained from weight loss would then be neutralized by this. It would be like a former alcoholic picking up the bottle again. So, when setting a weight loss goal, weight maintenance should be as much a part of the goal as the amount of weight you are hoping to shed.

The only survivor of a shipwreck was washed up on a small, uninhabited island… He prayed feverishly for GOD to rescue him, and every day he scanned the horizon for help, but none seemed forthcoming.

Exhausted, he eventually managed to build a little hut out of driftwood to protect him from the elements, and to store his few possessions.

One day after scavenging for food he arrived home to find his little hut in flames, with smoke rolling up to the sky. The worst had happened, and everything was lost. He was stunned with disbelief, grief, and anger. “GOD, how could you do this to me?” he cried.

Early the next day he was awakened by the sound of a ship that was approaching the island. It had come to rescue him.

“How did you know I was here?” asked the weary man of his rescuers.

“We saw your smoke signal,” they replied.

It’s easy to get discouraged when things are going bad, but we shouldn’t lose heart, because GOD is at work in our lives, even in the midst of pain, and suffering. Remember that the next time your little hut seems to be burning to the ground. It just may be a smoke signal that summons the grace of GOD.

You may want to consider passing this on, because you never know who feels like their hut is on fire today……

The Holy Prophet Mohammad (SalallaAllahu Alehi Wasallam) said, stop doing everything during the
Azan even reading the Quran, (and repeat the Azaan with the Moazzin.) The person who talks during the Azaan will
not be able to say the Kalma-e-shahadat on his/her death bed. Plz try to pass
this message to more muslims as u can afford.   Please send to other to know….

*Amazing as it sounds, but fortunately, for the Muslims of the world, it is* an established fact.
Have a look at a map of the world
map of world.JPG


Andyou will find Indonesiaon the eastern side of the earth. The major cities of Indonesiaare Java, Sumatra, Borneoand Saibil. As soon as dawn breaks on the eastern side of Saibil, at approximately 5:30 am local time, Fajar Azaan begins.
Thousands of Muazzins in Indonesiabegin reciting the Azaan. The process advances towards West Indonesia. One and a half hours after the Azaan has been completed in Saibil, it echoes in Jakarta. Sumatra then follows suit and before this auspicious process of calling Azaan ends in Indonesia, it has already begun in Malaysia..

Burma is next in line, and within an hour of its beginning in Jakarta, it reaches Dacca, the capital city of Bangladesh. After Bangladesh, it has already prevailed in western India, from Calcuttato Srinagar. It then advances towards Bombayand the environment of entire Indiaresounds with this proclamation. Srinagarand Sialkot(a north city in Pakistan) have thesame timing for Azaan.. The time difference between Sialkot, Quetta, and Karachiis forty minutes, and within this time, Fajar Aazaan is heard throughout Pakistan. Before it ends there, it has already begun in Afghanistanand Muscat.

The time difference between Muscatand Baghdadis one hour. Azaan resounds during this one hour in the environments of Hijaaz-e-Muqaddas (Holycities of Makkah and Madinah), Yemen, United Arab Emirates, Kuwaitand Iraq.

The time difference between Baghdadand Alexandriain Egyptis again one
hour. Azaan continues to resound in Syria, Egypt, Somaliaand Sudanduring this hour. The time difference between eastern and western Turkeyis one and a half hours, and during this Alexandriaand Tripoli(capital of Libya) are located at one hour’s difference. The process of calling Azaan thus  continues throughout the whole of Africa. Therefore, the proclamation of the Tawheed” and “Risaalat” that had begun in Indonesiareaches the Eastern Shore of the Atlantic Oceanafter nine and half hours.

Prior to the Aazaan reaching the shores of the Atlantic, the process of “Zohar Azaan” has already started in east Indonesia, and before it reaches Dacca, Asr Azaan” has started.. This has hardly reached Jakartaone and half hours later, the time of “Maghrib” becomes due, and no sooner has “Maghrib” time reached Sumatra, the time for calling “Isha Aazaan” has commenced in Saibil! When the Muazzins of Indonesiaare calling out “Fajar Azaan”, the African Muazzins are calling the Azaan for Isha.

If we were to ponder over this phenomenon thoughtfully, we would conclude
the amazing fact that there is not even a single moment when hundreds of thousands of Muazzins around the world are not reciting the Azaan on the
surface of this earth. Subhaan Allah !!!

Even as you read this material right now, you can be sure there is Azaan
somewhere !!!

Allah said:
“If you are ashamed of me, I will be ashamed of you.” If you are not ashamed, pass this message on…only if you believe.*

*”Yes, I’ve faith in Allah.. Allah is my fountain of Life and My Savior.
** Allah keeps me going day & night. Without Allah, I am no one. But with Allah, I can do everything. Allah is my strength.” *

If you ask for motives for starting to use the fluorescent light bulbs instead of the traditional ones, you usually get two answers: the new type of light bulbs is 1) eco-friendly and 2) pocket-friendly at the same time. The fluorescent bulbs are friendly to your pocket in several ways: they can be used up to ten times a longer time than the “normal” bulbs, and the amount of emanated heat is smaller, therefore there is less air conditioning necessary, which is significant mostly for large offices. Besides, one traditional light bulb needs as much energy as three fluorescent ones. This is both Earth and pocket friendly as well.

Except for running a Toronto real estate agency, I’m always looking for ways to make my lifestyle a bit more greener. The range of fluorescent light bulbs in the stores is very rich, and if you are not an experienced buyer, you might get a little decide while shopping for light bulbs, we have summed up some easy tips for you.

The fluorescent light bulbs are produced in all types, forms and dimensions, so it would be easy to buy one that doesn’t fit. In order to prevent this, you should take your old bulb with you to the shop and compare it with the available assortment. You will only need one-quarter of the original wattage (60 watt traditional bulb = 15 watt fluorescent bulb). It is important to read the label carefully, especially if you want to use your new bulb in a dimmer light – not all kinds of light bulbs are suitable for dimmers.

Think about the place where you are going to use the new bulb – if it is too hot with no or little air circulation, the fluorescent bulb won’t be a good choice here (for example in recessed ceiling fixtures). The fluorescent bulb is not lit up immediately as the traditional one. It usually takes something between one and three minutes for it to give proper light, so it may be damaged if it is lit up and then turned off again in a short time. So the fluorescent bulbs are best to be used in places where the light usually stays on for at least 15 minutes, otherwise the bulb could get destroyed too early.

Environmental light bulbs should be recycled at all times. Among other materials, fluorescent bulbs are made of mercury, which is a dangerous heavy-metal. If you break a light bulb in your home, the mercury cannot be vacuumed. It is also dangerous to touch the mercury with bare hands. It’s better to clean the larger bits with a piece of cardboard. Then use some sticky tape to remove the remaining tiny bits and wipe the place with a wet cloth. It is also a good idea to open the window in the room for at least 15 minutes so that you prevent mercury exposure. 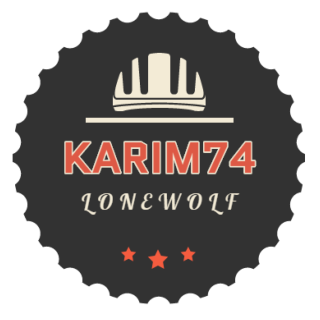